Easy Cinnamon Rolls Recipe to help you make soft and fluffy cinnamon knots using six basic ingredients in a faster “one rise method”.These cinnamon rolls can be made in less than two hours.

They have a lightly crunchy top; and soft and fluffy interior with sticky caramel sugar and with that comforting aroma of cinnamon.

How to make knotted cinnamon rolls

We use the same technique to make this Soft and Fluffy, Quick Dinner Rolls .

Its is so much fun and easy to make these Braided and knotted cinnamon rolls.

We are going to make this cinnamon roll knots in an easy “one rise method”.

This quick and easy method will help you make these beautiful cinnamon rolls in less than 2 hours.

Into a bowl, add in the water.

Here in this recipes an experiment I used room temperature water instead of lukewarm water.(Many of us who are new to baking find it difficult to figure out what is “lukewarm”.Though I write the ideal temperature to be around 95-100 F ,many of us dont have a thermometer in kitchen to measure the temperature.And as a result, the mistake of using hot water instead of lukewarm water happens and thus the yeast buds will be killed in the first step itself and the dough will not rise properly.So what I learned is that,we can use room temperature water without making any difference in recipe .

Then add sugar,salt and yeast and combine them together.

Now add in the softened unsalted butter into this and then add flour.

Combine everything together to form a shaggy mass of dough.

Transfer the dough on to a clean work surface and we need to knead the dough.

The dough will be sticky to handle in the beginning.At this point may get tempted to add more flour into this but dont do that..just continue to knead for 8-10 minutes and you will see the texture of our dough changes and it will be soft and smooth and still show some tendency to stick on to the surface when we pull the dough.

If you are not very used to kneading by hand, you may find it difficult to knead ;at this point, you can leave the dough on the counter covered for a few minutes and then continue to knead.This will not only give us some time to rest but also will improve the texture of dough as well.

So,when the dough is done kneading,cover it with the bowl and keep it aside for 10 minutes.

In the mean while, let’s prepare the filling

To make the filling for cinnamon rolls, we need

Add in all of these into a bowl and combine everything together until we get a smooth mixture.

Now take the dough ball and place it on a well floured work surface.Roll it into a rectangle of approximately 18 inches in length and 15 inches in breadth.

Spread the cinnamon sugar filling on top of the rectangle.

Fold the bottom third upwards and top third downwards to form a rectangle.

Divide it into 12 equal parts.

Next, cut twice down the length of each strip to make three strands. Plait the three strands together and repeat to make 12 individual plaits.

Take each plait and roll it up along its length. Grease a 12 cup muffin tray and pop the knots into the tray (seam side down).

Cover the rolls loosely with aplastic film so that they have enough space to rise and puff up and allow to prove for 1 hour.

If your place is cold, it may take 70 minutes.

Place the baking tray on to a 375 F preheated oven and immediately after closing the door, reduce the oven temperature to 350 F and bake for 18-20 minutes.

After baking we will get beautifully caramelized golden brown cinnamon rolls .Its best to have them when they are warm and fresh out of the oven.

We can glaze the rolls with some sugar syrup or with some powdered sugar or with some vanilla sugar icing or they are simply delicious to have plain even without any topping.

Into a sauce pan add 1/4 cup or 50g of brown sugar and 2 tablespoon of water and boil until it reaches thick syrup consistency.

If you want to make plain transparent sugar syrup ,you can use white sugar in place of brown sugar.

How to make sugar icing for cinnamon rolls

If you want to make them more festive, you can use this sugar icing.It spreads on your rolls effortlessly and seeps down into them making every bite amazing.

This Cinnamon Roll Icing is made with just 4 ingredients and takes less than 3 minutes to make.

How to make cream cheese frosting for cinnamon rolls

It is so easy to make this cream cheese icing.

Keep the butter and sugar at room temperature as it will help us to combine them easily.

Into a bowl add the Softened butter, cream cheese, vanilla sugar/vanilla extract and a pinch of salt to balance the sweetness.

Thoroughly beat until they are light in texture and pale yellow in color.

Then add the powdered sugar little by little beat everything together until you get a silky smooth, light cream cheese frosting.

You can add some milk/heavy cream if you want your cream cheese frosting a little more thin.

Yes you can use.

I have tried using regular sugar and it turned out delicious.There will be slight variation in flavor; as brown sugar contain molasses in it ,it has a more caramel flavor and definitely the color will be slightly different.But the rolls will still be yumm!

We can make these cinnamon rolls in a regular baking tray.But,I found one issue while baking in that way.

As sugar is hygroscopic,the moisture will start to seep out to wards the end of proofing and so a pool of caramelized sugar will be formed around the cinnamon rolls.

So its better to bake them in cupped containers like a muffin pan or in a tall rimmed baking dish.

When we bake in such bakewares,the caramel will collect in the pan itself and will make the cinnamon rolls more soft.

Can I add milk in this easy cinnamon rolls recipe

Yes you can.Just substitute water with the same amount of milk.

Can I include egg in this cinnamon rolls recipe

Yes,you can.If you want to add egg, then reduce equal volume as of 1 egg with water (40-45 ml) and add egg into the water mix.

What type of yeast can be used for making quick cinnamon rolls?

You can use both active dried yeast or instant yeast to make this quick homemade cinnamon rolls.

How to store homemade cinnamon rolls

These homemade cinnamon rolls can be kept at room temperature for upto 2 days.Cover the tray with foil or store them in an airtight container.

I recommend you to rewarm the rolls for a few seconds in the microwave or for 7-10 minutes in a 350 F preheated oven(just before serving) to get that “fresh out of the oven” taste and softness to rolls.

I found freezing the cinnamon rolls to be the best way to store them.

How to freeze baked cinnamon rolls

This is the most convenient and easiest method of freezing cinnamon rolls. Everything is taken care of already and you just rewarm the rolls in the microwave or the oven as you are ready to eat them.

How to reheat cinnamon rolls

How to reheat cinnamon rolls in a convection oven

Rewarming the cinnamon rolls in an overtakes more time.But this is the ideal way to reheat your cinnamon rolls and have them all ready for consumption in minutes.

How to reheat cinnamon rolls in a microwave oven

The microwave is another good option to reheat the cinnamon rolls. In under a minute, you can enjoy your sweet treat, all nice and warm.

Note: While the microwave is still a recommended option;We need to keep in our mind that reheating the rolls in microwave oven, can make the rolls soggy, so don’t over do them.

The 3 main reasons that may cause the rolls to come out dry and/or dense, is

So make sure the consistency of the final dough is very soft and smooth, be sure to check the expiry date of your yeast ,bake until the rolls are perfectly baked and make sure the dough got doubled in size during proofing before proceeding.

Yes you can make them ahead.

Prepare the dough as in step 1; Cover and place in the fridge to rise overnight (slow cold rise). On the next day, take the dough out, bring it to room temperature(let the dough sit for 20-25 minutes at room temperature) and then roll out the dough, fill, shape, rise and bake the rolls.

Can i shape the rolls and then refrigerate them

Yes,You can shape the rolls and then store it in refrigerator and then bake them the next day morning.

How to refrigerate the uncooked cinnamon rolls day before and bake in the morning.

After shaping the cinnamon rolls,place them on the baking tray or baking pan.

In this way,If you are making them ahead of time, don’t let them rise at room temperature right now like you normally would for the recipe!

Instead,cover the pan with lightly greased plastic film and immediately pop them in the refrigerator.They can stay in the refrigerator for up to 24 hours. The longer we keep them in fridge,the more are chances that the filling may liquify and seep out of the rolls .Minor leaking happened to me every time i tried this method.But don’t get panic,The rolls will be baked properly.

The next day morning or when you want to bake the rolls , remove the tray from fridge ONE HOUR prior to the time you will start baking them. Let them rest in a warm, draft free location for 40 minutes, then start preheating oven to 350 F.. Once oven is heated, bake rolls for approximately 20 minutes (or until lightly browned). 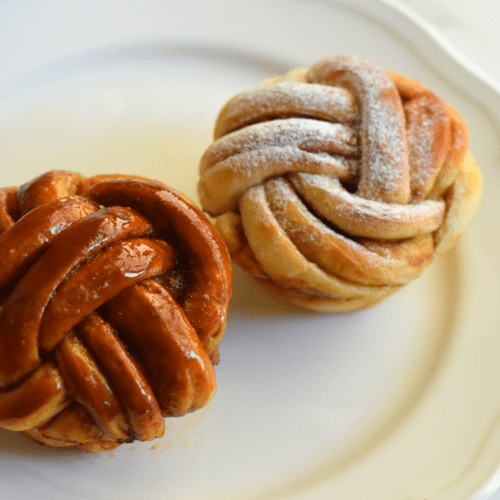 Prepare the filling for cinnamon rolls

Let me know Vapor Workz shop based in 2323 Silvernail Rd sells vape juice made by DIG Juice? I have tried sending them an email at at [email protected]

what is flan in cbd pen

Hello everyone , can anyone suggest where I can purchase Og Labs?